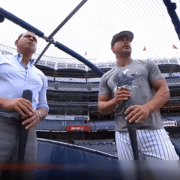 Giancarlo Stanton Swing Breakdown: Driving at Targets Like on a Fairway? 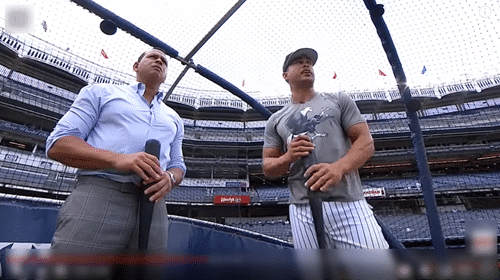 I can’t believe I missed this Giancarlo Stanton swing breakdown video.  I remember how on fire he was July of 2018, when he made a certain change to his stance.

Some of the things you’ll discover in this video:

Right Course For You? Take Quiz Now
Here are some thoughts and time stamps from the above video…
FREE Catapult Loading System Book
HOT Giveaway: Signed print copy of our Amazon Bestselling book: "The Catapult Loading System: How To Teach 100-Pound Hitters To Consistently Drive The Ball 300-Feet" Click the Button Below To See How You Can Win...
YES! I want to try my luck
August 4, 2020/0 Comments/by Joey Myers
https://hittingperformancelab.com/wp-content/uploads/2020/08/Giancarlo-Stanton-Swing-Breakdown.png 280 500 Joey Myers https://hittingperformancelab.com/wp-content/uploads/2018/05/hitting-performance-labs_c90c0362088ef1d3d528f3078f4f8ac1.png Joey Myers2020-08-04 21:25:242020-12-01 07:21:00Giancarlo Stanton Swing Breakdown Video 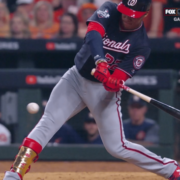 As Matt Nokes has said, it takes 8,000-pounds per square inch of force, in one direction, to hit a ball 400-feet.  The swing is both linear and rotational.  Not either or.  When I say lower half sets the directional force, it’s just that. Lower half should rotate the list of all major segments.  Why?

Every human movement revolves around three parts to the spine.  The lower half coordinates with the lower back.  The vertebrae in the Lumbar, which by the way isn’t made the rotate.  The Lumbar is only made to flex and extend.  The rotation we see is because of the muscles and ligaments surrounding the vertebrae in the Lumbar.  Between 7-12 degrees of rotation are allowed.

The ability to rotate is much different when talking about the middle portion of the spine, the Thoracic.  The 12 vertebra in the Thoracic IS made the rotate, flex, and extend.  It is allowed 40-degrees of rotation in each direction.  What’s my point?

Let the section of the spine fulfill their natural roles.  Lumbar and lower half of the body rotates the least, and sets directional force.  Middle part of the spine rotates the most, and will optimize whip.  And when talking Catapult Loading System principles … we’re talking about what the middle is doing…

Hey bud…Jayden had his best batting practice ever last night.  Hit at least 9 balls around 300-feet or farther.  I’m so happy with his progr… END_OF_DOCUMENT_TOKEN_TO_BE_REPLACED

Thank you so much for your help through your book T.C.L.S. I am 13 and weigh around 105 and I finally hit my first home-run! (The field I wa… END_OF_DOCUMENT_TOKEN_TO_BE_REPLACED

I have read this book. A couple times to make sure I understand the science. It has changed my daughter’s life. Literally. She was always a… END_OF_DOCUMENT_TOKEN_TO_BE_REPLACED

I read the first edition of The Catapult Loading System a couple years ago. The only reason I did is because I have a Kindle Unlimited membe… END_OF_DOCUMENT_TOKEN_TO_BE_REPLACED

Screw those coaches. I didn’t believe the time frame of the catapult system. My son at 10 (90 lbs) is highly coach-able. I taught him the sy… END_OF_DOCUMENT_TOKEN_TO_BE_REPLACED

I’ve gotten the oldest 3 “professional” instruction with their swing mechanics and approach with mixed results. Often times, Id have to spen… END_OF_DOCUMENT_TOKEN_TO_BE_REPLACED

“I bought into this two years ago and bought the book. I coach Fastpitch travel softball. From top to bottom of our batting order pitchers h… END_OF_DOCUMENT_TOKEN_TO_BE_REPLACED

I read your book the other day. I have only been using some of your Facebook posts to help my daughter with her swing, without understanding… END_OF_DOCUMENT_TOKEN_TO_BE_REPLACED

I am a Physical Therapist your stuff in body movements is awesome. I went to some FMS courses and Gray Cook spoke highly of you.  Your appr… END_OF_DOCUMENT_TOKEN_TO_BE_REPLACED