You are here: Home1 / center seeking 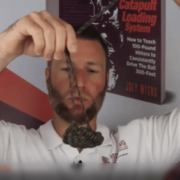 In this video, we’ll chat about the difference between two opposing forces described in Physics as Centripetal (center “seeking”) versus Centrifugal (center “fleeing”), and how they apply to the swing. 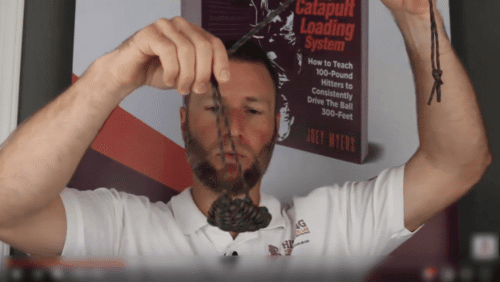 .  I understood it as a hungry 11yo hitter looking for an edge, and I think it’s still applicable now to help hitters understand their intention with barrel path. 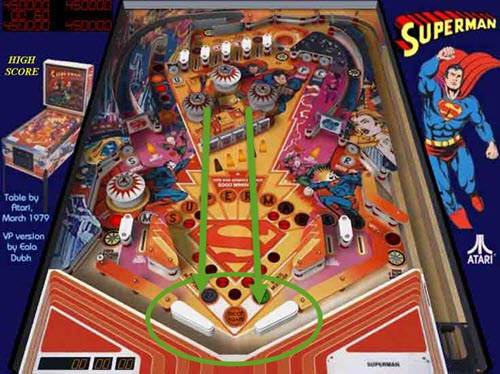 Centripetal Forces (center seeking) of WHEN the barrel enters hitting zone depends on pitch depth – how long the barrel stays near the rear shoulder.  And here’s the critical mass, the barrels of elite hitters DO NOT enter the zone at the same time, regardless of pitch depth.  CLICK HERE for a post clearing this up. 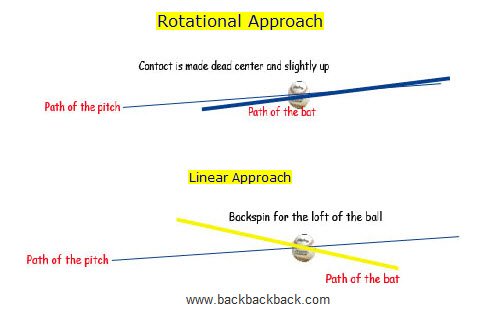 Isn’t this diagram showing proper bat path? Both are linear!! This is part of the confusion that’s out there on the net. Diagram courtesy: BackBackBack.com

Even when I was wrongly teaching my hitters to ‘swing down on the ball’,

It didn’t make sense to say it was one or the other.  If you find yourself thinking this, then you have an incomplete understanding of dynamic human movement.

If you aren’t growing, you’re dying.

Standards that go beyond hitting absolutes, which aren’t wrong – but incomplete.

Another word for ‘principles’ are “rules” or “guidelines”…

Think of these principles as bumpers at a bowling alley keeping the ball from plopping into the gutter.  What path the bowling ball takes between the bumpers doesn’t matter, just as long as it stays between them.

If it’s the other way around, then we’ll have hitters burying their chins into their chests like Andrew McCutchen (see image below)… 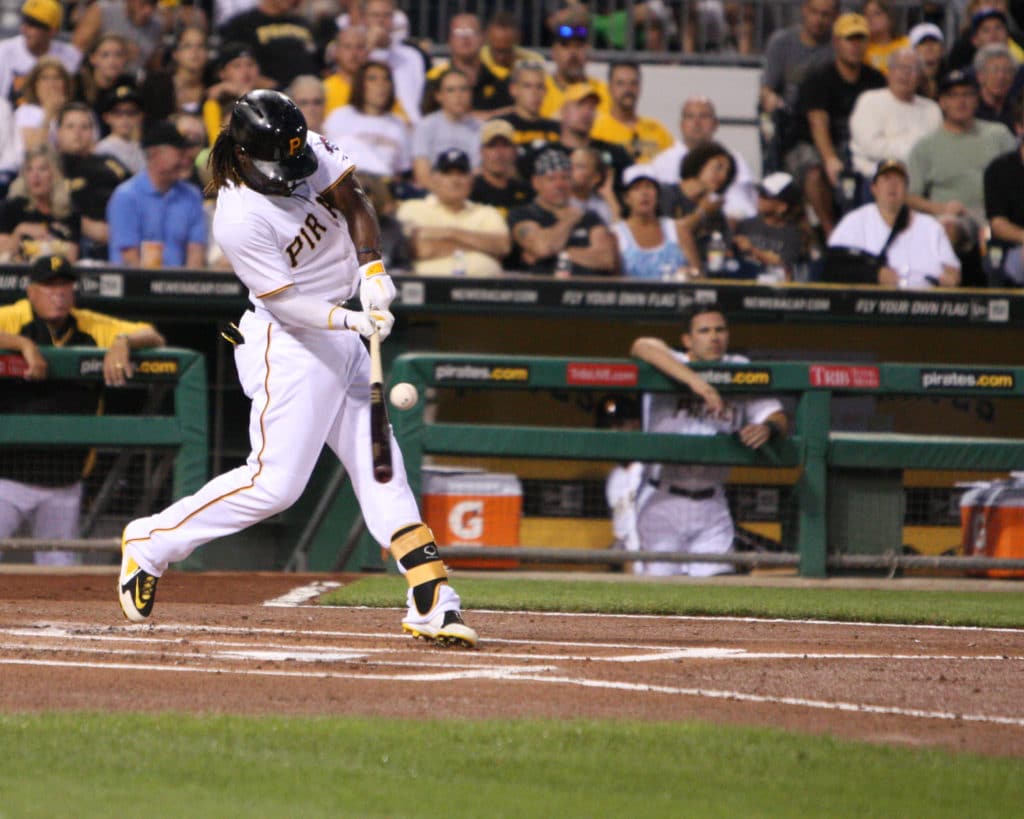 Many of you will see this ‘chin to chest’ image and won’t find anything wrong with it, “he’s keeping his head down at impact,” you’ll say.  I’m afraid Cutch is succeeding despite this ineffective mechanic, NOT because of it.

See WHY breaking the ‘One-Joint Rule’ bleeds force at impact by CLICKING HERE. 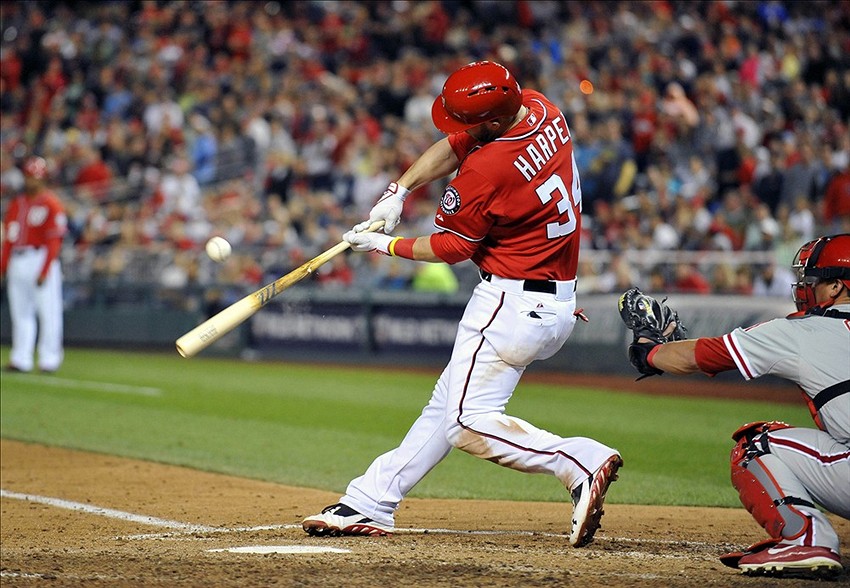 In the corrective fitness world, we say ‘shoulders are ear poison’ to maximizing force and reducing the probability of injury.

That I’ll answer under the Centripetal v. Centrifugal Forces subtitle below.

To prove the swing is both of these, watch a clip of Albert Pujols a wide-no stride swing, when he was with the Cardinals, which most purely rotational people point to as a good example of their ‘hitting theory’:

Also note, Pujols and Chamberlain ARE NOT ‘squishing the bug’ with their back foot, another thing purely rotational ‘hitting theorists’ cling to.

Now, Ichiro Suzuki is who the purely linear ‘hitting theorists’ point to as a great example of their system. Watch this video:

You’ll see a little more linear elements to Ichiro’s swing (forward momentum and hand path), but he still starts sideways, and rotates, or turns, the center of his chest to impact.  Did you catch the keywords “rotates” or “turns”?!

I guarantee you won’t find ONE.

At ANY level, I GUARANTEE you won’t find ONE baseball or softball hitter, PERIOD, that does either one or the other!! 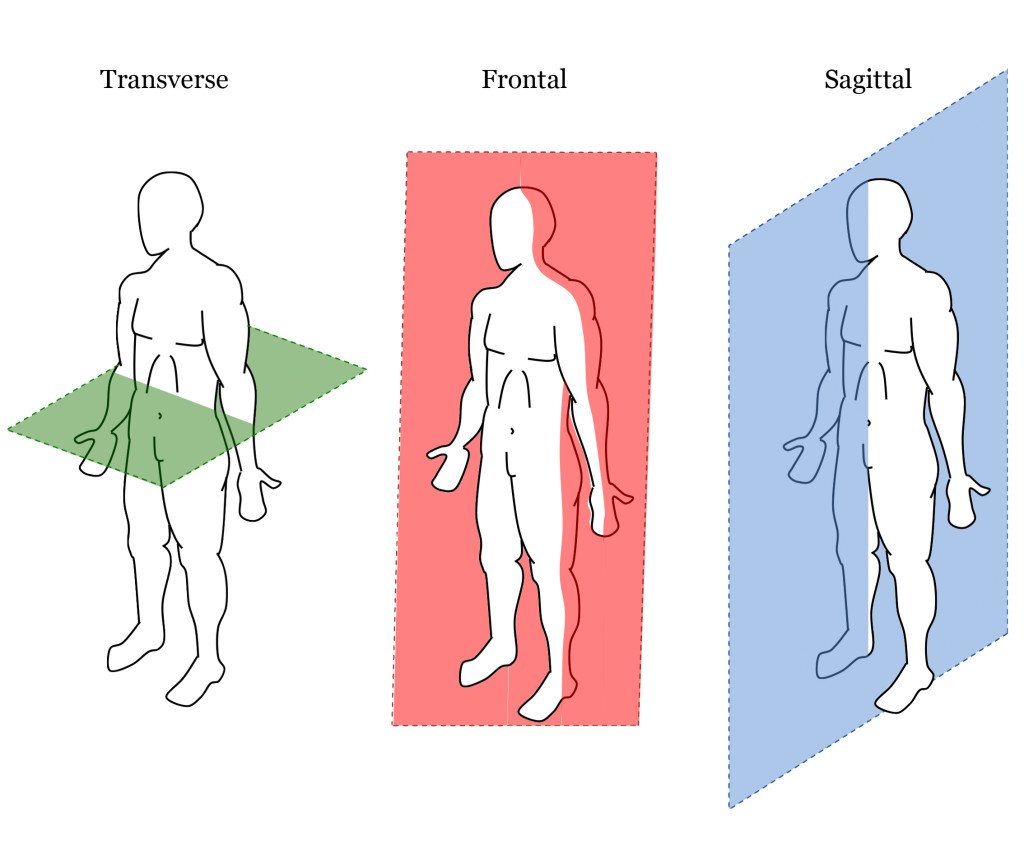 In order to understand rotational linear hitting mechanics clearly, we must consider putting aside our egos, and truly look at what’s going on in video analysis.

Like few coaches that find me on social media…DO NOT fall into the same ‘willfully ignorant’ trap they do.

If you AIN’T growing, then you’re DYING.

The path of the bowling bowling ball down the lane may be different, but ALL three stay within the ‘bowling bumpers’.

Here’s a great video from YouTuber SciShow about the difference between Centripetal & Centrifugal Forces:

Here’s how the rotational linear hitting mechanics purist stack up with these two forces:

As long as it’s a blend of the two.

The path the bowling ball takes in the lane doesn’t matter, just as long as it stays between the bumpers.

Grab This FREE 'Timing Master Class' Video
Struggling to get your hitters ON-TIME in games? Discover HOW TO build effective laser-focused timing, so your hitters can be ON-TIME more often. These principles are validated by REAL science. Click the button below to access the FREE video that has been downloaded over 6K times!
Click here to 'Get Instant Access'
May 26, 2016/16 Comments/by Joey Myers
https://hittingperformancelab.com/wp-content/uploads/2016/05/rotational-linear-hitting-mechanics.jpg 311 501 Joey Myers https://hittingperformancelab.com/wp-content/uploads/2021/10/hitting-performance-labs_c90c0362088ef1d3d528f3078f4f8ac1-300x75.png Joey Myers2016-05-26 02:39:182020-11-23 06:16:59Rotational Linear Hitting Mechanics: Never Suffer From “World-Is-Flat” Syndrome Again

Screw those coaches. I didn’t believe the time frame of the catapult system. My son at 10 (90 lbs) is highly coach-able. I taught him the sy… END_OF_DOCUMENT_TOKEN_TO_BE_REPLACED

Hey Joey.  I just wanted to let you know how Brayden did this spring for baseball.  For little league Brayden batted over .800.  He also … END_OF_DOCUMENT_TOKEN_TO_BE_REPLACED

Actually works and teaches the coach on how to teach hitting to younger kids. Ever get frustrated while explaining hitting to a little leagu… END_OF_DOCUMENT_TOKEN_TO_BE_REPLACED

I use the system to teach my son and he is 4’11 67 pound 10 year old. Meaning he is super skinny and very tall. He hit one in tryouts yester… END_OF_DOCUMENT_TOKEN_TO_BE_REPLACED

“I bought into this two years ago and bought the book. I coach Fastpitch travel softball. From top to bottom of our batting order pitchers h… END_OF_DOCUMENT_TOKEN_TO_BE_REPLACED

I have read this book. A couple times to make sure I understand the science. It has changed my daughter’s life. Literally. She was always a… END_OF_DOCUMENT_TOKEN_TO_BE_REPLACED

Let me just say thank you. This book explains things that seemed unexplainable in the past. You just had to get it. Great stuff. I was a big… END_OF_DOCUMENT_TOKEN_TO_BE_REPLACED

I’ve gotten the oldest 3 “professional” instruction with their swing mechanics and approach with mixed results. Often times, Id have to spen… END_OF_DOCUMENT_TOKEN_TO_BE_REPLACED

Thank you so much for your help through your book T.C.L.S. I am 13 and weigh around 105 and I finally hit my first home-run! (The field I wa… END_OF_DOCUMENT_TOKEN_TO_BE_REPLACED

“Hi Coach, I’ve bought two copies (CLS book), one for me and one for my grandson’s coach. I also have three of your online programs.  Des… END_OF_DOCUMENT_TOKEN_TO_BE_REPLACED