Blog - Latest News
You are here: Home / Case Studies / Corey Seager & Trevor Story: How To Offensively Win Rookie Of The... 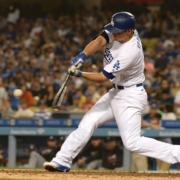 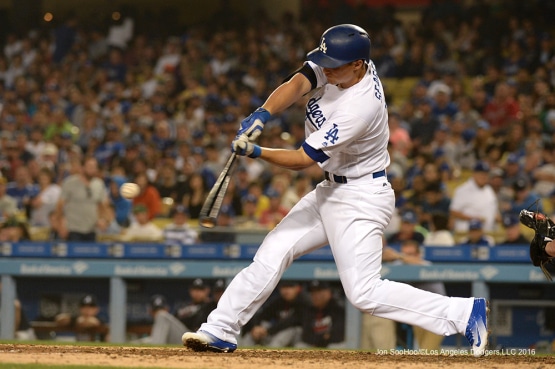 I’ve been watching quite a bit of the Los Angeles Dodgers lately (because of my fanatic mother-in-law),

And am really impressed with Corey Seager’s swing, who’s 6’4″, 215-lbs (according to FanGraphs.com).

So I decided to do a comparison between a couple leading 2016 NL Rookie of the Year candidates, Seager and Trevor Story of the Colorado Rockies, who’s 6’1″, 175-lbs (according to FanGraphs.com).

Granted, at the time of this writing (8/23), Story has cooled down a bit, and is sitting on the Disabled List with a torn ligament in his thumb.

So, here’s what we cover in the Corey Seager v. Trevor Story hitting analysis video:

First let me define a couple of the metrics we’ll be looking at:

Okay, so now let’s compare their lines according to Fangraphs.com…

In comparing Corey Seager to Trevor Story’s metrics, you can see Seager has a bit more consistency baked into his swing, but Story has a bit more power…possibly due to the thin air in Colorado, I dunno, just sayin’. lol

And if you look at the percentages of:

…Between the two hitters, you can see there’s no secret to what Trevor Story is trying to do with his swing…get the ball in the air!!  The thin air! 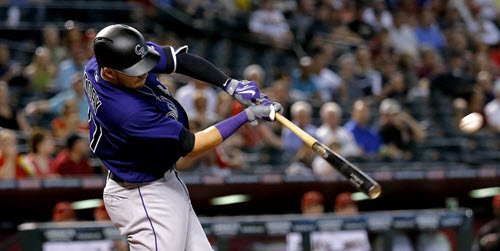 Trevor Story getting a significant positive attack angle, one of the reasons he gets the ball in the air so well. Photo courtesy: Deadspin.com

The rest of the video, after discussing metrics, was looking at how well Corey Seager and Trevor Story used the following HPL formula:

What’s interesting to note on adjustments to off-speed or breaking balls…both hitters “get shorter” and “stay shorter” to buy themselves some time, while also trying to “stay underneath” the ball.

They don’t have to hit all the ‘musical notes’, but definitely a majority.

Tim Tebow Hitting Analysis: How To Crush The Ball Like Victor Martinez Scroll to top