Tag Archive for: timing drills for hitting a softball

You are here: Home1 / timing drills for hitting a softball 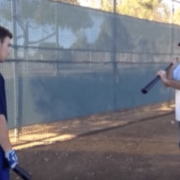 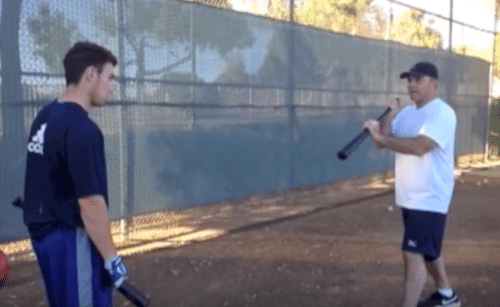 Grab This FREE 'Timing Master Class' Video
Struggling to get your hitters ON-TIME in games? Discover HOW TO build effective laser-focused timing, so your hitters can be ON-TIME more often. These principles are validated by REAL science. Click the button below to access the FREE video that has been downloaded over 6K times!
Click here to 'Get Instant Access'
15 Comments/by Joey Myers
https://hittingperformancelab.com/wp-content/uploads/2017/11/matt-nokes-timing-drill-post-e1510198314546.png 307 500 Joey Myers https://hittingperformancelab.com/wp-content/uploads/2021/10/hitting-performance-labs_c90c0362088ef1d3d528f3078f4f8ac1-300x75.png Joey Myers2017-11-09 04:03:482020-12-01 07:52:34Timing Drills For Hitting A Softball Video: Quickly & Easily Get Hitters On-Time w/ “Snap Drill”

Let me just say thank you. This book explains things that seemed unexplainable in the past. You just had to get it. Great stuff. I was a big… END_OF_DOCUMENT_TOKEN_TO_BE_REPLACED

Wow, I didn’t realize how researched this material actually was. I’m blown away how these simple movement patterns have been researched. I j… END_OF_DOCUMENT_TOKEN_TO_BE_REPLACED

I read your book the other day. I have only been using some of your Facebook posts to help my daughter with her swing, without understanding… END_OF_DOCUMENT_TOKEN_TO_BE_REPLACED

I’ve gotten the oldest 3 “professional” instruction with their swing mechanics and approach with mixed results. Often times, Id have to spen… END_OF_DOCUMENT_TOKEN_TO_BE_REPLACED

I purchased this book last winter not only to teach myself but also my 5 year old son. I also purchased a Zepp’s Swing Tracker at the same t… END_OF_DOCUMENT_TOKEN_TO_BE_REPLACED

I am a Physical Therapist your stuff in body movements is awesome. I went to some FMS courses and Gray Cook spoke highly of you.  Your appr… END_OF_DOCUMENT_TOKEN_TO_BE_REPLACED

I like what you bring to the hitting world. You speak of things that are not normal hitting talks. The way the body works. I coach 12u Softb… END_OF_DOCUMENT_TOKEN_TO_BE_REPLACED

“I bought into this two years ago and bought the book. I coach Fastpitch travel softball. From top to bottom of our batting order pitchers h… END_OF_DOCUMENT_TOKEN_TO_BE_REPLACED