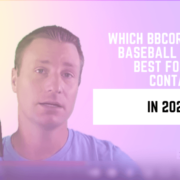 Discover the best BBCOR or USSSA baseball bats for power and contact hitters in 2022 or 2023 based on price.  Learn whether an under $200 bat outperforms it’s more expensive counterpart in this swing experiment.  For fastpitch and slowpitch softball, it’s crucial to discern this fact.  What about end-loaded BBCOR drop 3 versus USSSA drop 10?

, I wanted to use the Scientific Method to analyze what would happen to Bat and Ball Exit Speeds comparing the performance of two different Mizuno bat models, but the same 34-inch, 31-ounce size:

According to the Mizuno website, the focus of this bat is maximizing Ball Exit Speed and backspin.  Some key features are (Mizuno site):

According to Mizuno’s site, the Mizuno Generation baseball bat was designed with two things in mind:

Another factor in this baseball batting practice Mizuno bat model experiment will be breaking in a non-wood bat.  CLICK HERE for a good YouTube video on how to break-in a composite bat.  Now, both Mizuno bats are not composites, but I’m sure the breaking in process with any alloy, will have an affect on Ball Exit Speeds.

We’ll adjust the data to address breaking in the bat in the Notes section.

Based on the above baseball batting practice Background Research from Mizuno (albeit promotional materials), and the fact the MaxCor is double the price, I’d expect a much better performance in Bat and Ball Exit Speeds using the MaxCor model bat versus the Generation. 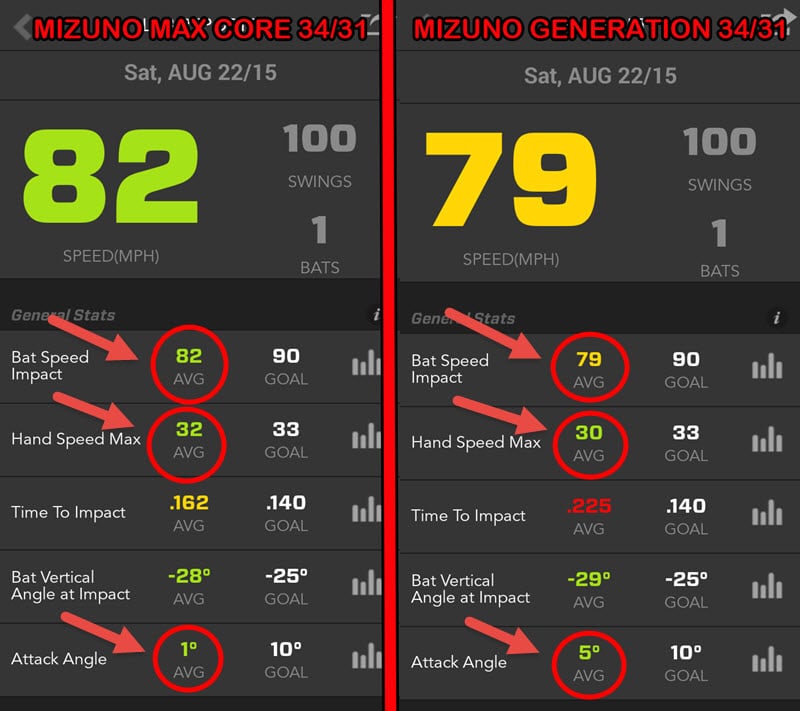 According to the Zepp app, the Mizuno MaxCor came out supreme in all areas except the Attack Angle… 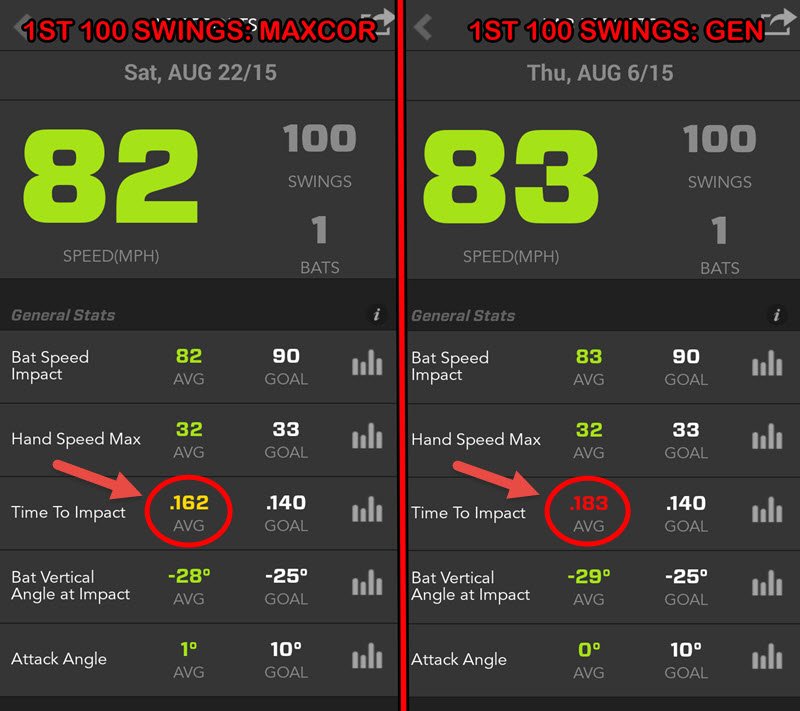 Well, according to the baseball batting practice Mizuno bat model experiment data, it looks like the Generation model holds the performance edge when it comes to Ball Exit Speed, almost a 5-mph difference.  That’s about 20-feet of extra distance!  From how the experiment turned out, I’d save the $200 and buy a Mizuno Generation.  Now, this data doesn’t mean EVERY expensive bat will under-perform it’s more economic brethren, it just means you need to tinker and test to find the truth.

Let me just say thank you. This book explains things that seemed unexplainable in the past. You just had to get it. Great stuff. I was a big… END_OF_DOCUMENT_TOKEN_TO_BE_REPLACED

I read your book the other day. I have only been using some of your Facebook posts to help my daughter with her swing, without understanding… END_OF_DOCUMENT_TOKEN_TO_BE_REPLACED

I’ve gotten the oldest 3 “professional” instruction with their swing mechanics and approach with mixed results. Often times, Id have to spen… END_OF_DOCUMENT_TOKEN_TO_BE_REPLACED

Actually works and teaches the coach on how to teach hitting to younger kids. Ever get frustrated while explaining hitting to a little leagu… END_OF_DOCUMENT_TOKEN_TO_BE_REPLACED

“I bought into this two years ago and bought the book. I coach Fastpitch travel softball. From top to bottom of our batting order pitchers h… END_OF_DOCUMENT_TOKEN_TO_BE_REPLACED

I use the system to teach my son and he is 4’11 67 pound 10 year old. Meaning he is super skinny and very tall. He hit one in tryouts yester… END_OF_DOCUMENT_TOKEN_TO_BE_REPLACED

Wow, I didn’t realize how researched this material actually was. I’m blown away how these simple movement patterns have been researched. I j… END_OF_DOCUMENT_TOKEN_TO_BE_REPLACED

Hey Joey.  I just wanted to let you know how Brayden did this spring for baseball.  For little league Brayden batted over .800.  He also … END_OF_DOCUMENT_TOKEN_TO_BE_REPLACED

Hey bud…Jayden had his best batting practice ever last night.  Hit at least 9 balls around 300-feet or farther.  I’m so happy with his progr… END_OF_DOCUMENT_TOKEN_TO_BE_REPLACED

Hit Line Drives Instead Of Ground Balls, Why Squishing Bug Is Bad, & Keep...
Scroll to top