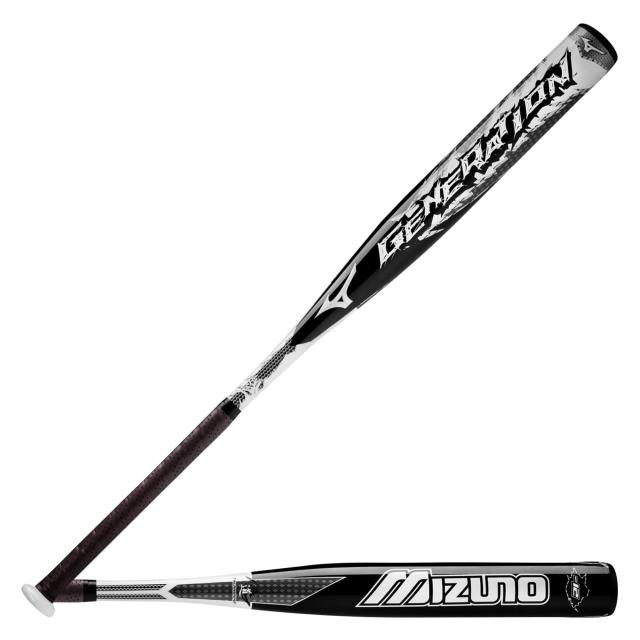 This was the model I used in the bat size experiment…

, I wanted to use the Scientific Method to analyze what would happen to Bat Speed at Impact and Ball Exit Speed if I used a Mizuno Generation 33-inch, 30-ounce BBCOR versus a 34-inches, 31-ounces, same model.

CLICK HERE for an article titled “The Physics of Baseball”.  Read under the subhead titled, “Swing speed vs. bat weight”.

The following information I received from a long time PocketRadar rep.  It’s what he does for a living.

In this baseball swing tips Mizuno Generation bat experiment, a good rule of thumb when looking at ball exit speed is:

On the professional side of things, I’ve heard that scouts are actively looking for 95-mph+ ball exit speed in games because that hitter has the ability to hit the ball at least 380-feet.  That’s hitting the ball out down the lines, and to the gaps, at most ballparks.

It’s also interesting to note that you can add about 5-15-mph to ball exit speeds taken off a tee, to simulate what it would be in a game.  That extra 5-15-mph will depend on the pitcher’s velocity.

Based on the above baseball swing tips experiment research, I think swinging with the Mizuno Generation 34/31 will, on average, increase my ball exit speed.  I think that my bat speed will come down a bit using the 34/31 over the 33/30 because of the added weight and length.  Also, “trading up” a bat size will depend on how much forward momentum a hitter uses.  The less FoMo, the harder it will be to trade up. 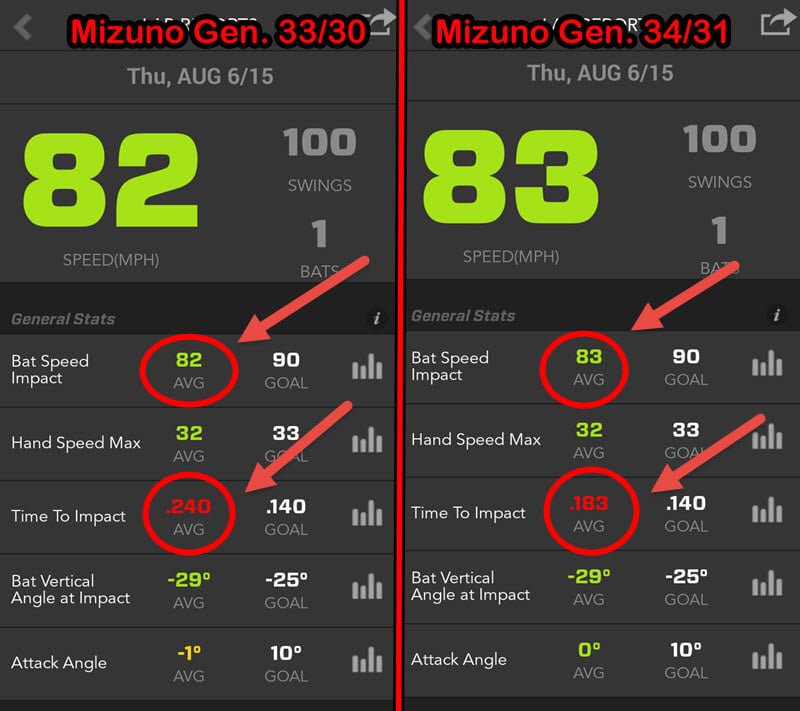 In this baseball swing tips experiment, using two different sized Mizuno Generation -3 BBCOR bats, we found that (for me), the 34/31 added 1-mph of Bat Speed at Impact and 2-mph to Ball Exit Speed, on average.  I was amazed to learn that using the bigger bat actually cut down on Time to Impact.  Some interesting findings and ones I hope others will test for themselves in the future.  My parents ask me the “bat size” question all the time.  So, by investing in a Bushnell radar gun

, you can gather some pretty convincing data as to which bat to use. 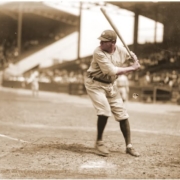 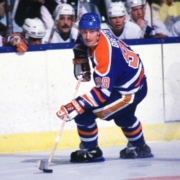 How To Fix Hitting Too Many Ground Balls In Baseball & Softball | Which Part Of Ball To Hit If Grounding Out To Shortstop (or Second Base), Swinging Over Top, Rolling Over, Or Too Much Wrist Roll? | Hit More Line Drives REVEALED!
4 replies

Thank you Coach! Your stuff is great! My son got his first home run 2 weeks after reading your book. Keeps getting more and more distance no… END_OF_DOCUMENT_TOKEN_TO_BE_REPLACED

I purchased this book last winter not only to teach myself but also my 5 year old son. I also purchased a Zepp’s Swing Tracker at the same t… END_OF_DOCUMENT_TOKEN_TO_BE_REPLACED

Hey bud…Jayden had his best batting practice ever last night.  Hit at least 9 balls around 300-feet or farther.  I’m so happy with his progr… END_OF_DOCUMENT_TOKEN_TO_BE_REPLACED

I read the first edition of The Catapult Loading System a couple years ago. The only reason I did is because I have a Kindle Unlimited membe… END_OF_DOCUMENT_TOKEN_TO_BE_REPLACED

Let me just say thank you. This book explains things that seemed unexplainable in the past. You just had to get it. Great stuff. I was a big… END_OF_DOCUMENT_TOKEN_TO_BE_REPLACED

Hey Joey.  I just wanted to let you know how Brayden did this spring for baseball.  For little league Brayden batted over .800.  He also … END_OF_DOCUMENT_TOKEN_TO_BE_REPLACED

I’ve gotten the oldest 3 “professional” instruction with their swing mechanics and approach with mixed results. Often times, Id have to spen… END_OF_DOCUMENT_TOKEN_TO_BE_REPLACED

How To Hit To Opposite Field Drills For Baseball, Fastpitch, & Slowpitch...
Scroll to top