You are here: Home1 / proprioception 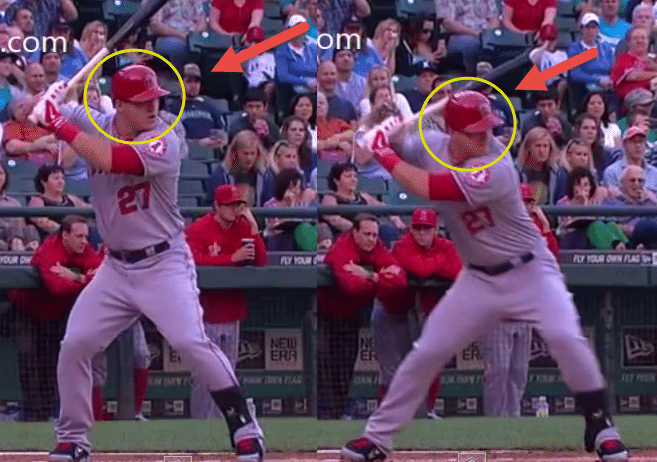 Note the gentleman in the stands with the hat and Mariners shirt on (red arrow) as Mike Trout’s head moves forward to landing. Photo courtesy: YouTube user: PastTimeAthletics.com

The most common objection I hear from my hitters is that…

Their coaches are dumping on them for using forward momentum.

Because – they say – there’s too much head movement!

In a way, they’re right!

But there’s a bit of confusion as to when head movement is okay…and not okay.

You see, the perfect swing, has head movement.  ALL dynamic movement does.  Did you know our head bobs up and down when we walk and run?  Try watching television upside down and you’ll see it clear as day.

But it’s the timing of head movement that matters.

Proprioception.  I know it’s a big ugly word.  But it has A LOT to do with the perfect swing.  At least when we talk about head movement.

Experiencing proprioception is easier than saying the word itself!

Stand up, lift one leg, and close your eyes…

You feel your standing ankle and foot wobbling to balance your body?

This balance happens without you having to think about it.  It’s an unconscious process, like breathing.

In Scenario #1, to bring the body back to balance, the brain shifts the weight forward during the Final Turn.  In other words, the heads moves later.

In scenario #2, to restore balance, the brain shifts the weight back during the Final Turn.  Because of the transfer of linear into angular momentum, the head will become the center axis of rotation along with the spine.

Do an experiment with the two scenarios above.  Record your swing using the Coaches Eye or Ubersense app.  Try and swing as hard as you can under complete control.  And note the change in head position between the two scenarios.

In a perfect swing, you’re going to have head movement.  But the question is, when do you want it?  BEFORE or DURING the Final Turn?

Debunking a Common Objection & a Study

CLICK HERE for a great FanGraphs study that Dan Farnsworth did on June 17, 2013 titled “Breaking Down the Swing: Best Hitters of 2012”.

Scroll down a ways and start reading under the section: “Keep Your Head Still”.

Farnsworth compiled a list of the top 50 hitters from the 2012 season according to Fangraphs’ Batting component of WAR.  He looked at side views of each of these hitters from highlights of the 2012 season in which each player hit a homerun.  You can read the details of how he compiled his measurements in his post.

As Farnsworth says, the main complaint coaches have with Forward Momentum, or early head movement, is that moving the head forward “speeds up the ball”.  This may be true…

But during the stride, the hitter hasn’t made a definitive decision to swing yet.  So again, if you know head movement is inevitable during dynamic movement, then when do you want it to happen?  BEFORE or DURING the Final Turn?

Does a quarterback “rolling out” to throw to a fast moving receiver have head movement?  Yes, until his plant leg hits the ground before throwing.  Does a soccer player have head movement quickly dribbling the ball down the field to get closer to the goal, weaving in and out of defenders?  Yes, until their plant foot hits the ground to kick.  I can go on and one with Olympic Throwers and Shot Putters!

Really think about the answer to that question.

When you watch the following videos, pick out someone or something in the stands behind the hitter to use as a frame of reference in watching for head movement. The following examples were the TOP-5 OPS (On-Base Plus Slugging Percentage) hitters in 2014:

Grab This FREE 'Timing Master Class' Video
Struggling to get your hitters ON-TIME in games? Discover HOW TO build effective laser-focused timing, so your hitters can be ON-TIME more often. These principles are validated by REAL science. Click the button below to access the FREE video that has been downloaded over 6K times!
Click here to 'Get Instant Access'
25 Comments/by Joey Myers
https://hittingperformancelab.com/wp-content/uploads/2015/04/perfect-swing-mike-trout-head-movement.png 462 657 Joey Myers https://hittingperformancelab.com/wp-content/uploads/2021/10/hitting-performance-labs_c90c0362088ef1d3d528f3078f4f8ac1-300x75.png Joey Myers2015-04-02 04:21:242018-10-29 04:32:40Perfect Swing Hacking With Forward Momentum 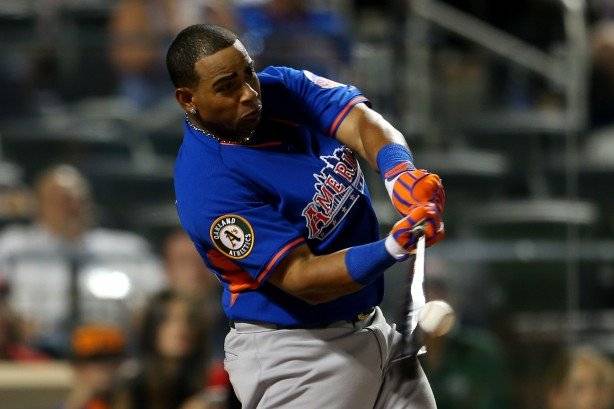 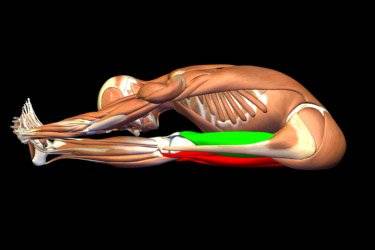 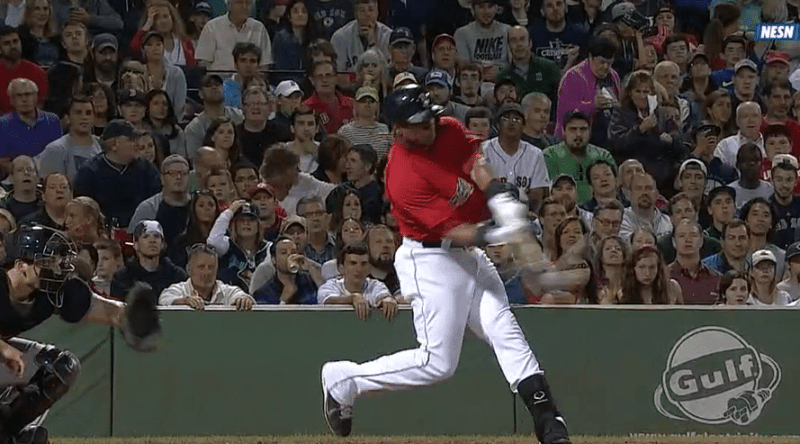 Grab This FREE 'Timing Master Class' Video
Struggling to get your hitters ON-TIME in games? Discover HOW TO build effective laser-focused timing, so your hitters can be ON-TIME more often. These principles are validated by REAL science. Click the button below to access the FREE video that has been downloaded over 6K times!
Click here to 'Get Instant Access'
0 Comments/by Joey Myers
https://hittingperformancelab.com/wp-content/uploads/2014/11/batting-practice-yoenis-cespedes.jpg 409 614 Joey Myers https://hittingperformancelab.com/wp-content/uploads/2021/10/hitting-performance-labs_c90c0362088ef1d3d528f3078f4f8ac1-300x75.png Joey Myers2014-11-29 04:55:072018-10-15 04:13:07Batting Practice Secrets To Fix Swinging Too Hard (VIDEO)

Let me just say thank you. This book explains things that seemed unexplainable in the past. You just had to get it. Great stuff. I was a big… END_OF_DOCUMENT_TOKEN_TO_BE_REPLACED

Wow, I didn’t realize how researched this material actually was. I’m blown away how these simple movement patterns have been researched. I j… END_OF_DOCUMENT_TOKEN_TO_BE_REPLACED

I read your book the other day. I have only been using some of your Facebook posts to help my daughter with her swing, without understanding… END_OF_DOCUMENT_TOKEN_TO_BE_REPLACED

I’ve gotten the oldest 3 “professional” instruction with their swing mechanics and approach with mixed results. Often times, Id have to spen… END_OF_DOCUMENT_TOKEN_TO_BE_REPLACED

I purchased this book last winter not only to teach myself but also my 5 year old son. I also purchased a Zepp’s Swing Tracker at the same t… END_OF_DOCUMENT_TOKEN_TO_BE_REPLACED

I am a Physical Therapist your stuff in body movements is awesome. I went to some FMS courses and Gray Cook spoke highly of you.  Your appr… END_OF_DOCUMENT_TOKEN_TO_BE_REPLACED

I like what you bring to the hitting world. You speak of things that are not normal hitting talks. The way the body works. I coach 12u Softb… END_OF_DOCUMENT_TOKEN_TO_BE_REPLACED

“I bought into this two years ago and bought the book. I coach Fastpitch travel softball. From top to bottom of our batting order pitchers h… END_OF_DOCUMENT_TOKEN_TO_BE_REPLACED