Tag Archive for: ground up

You are here: Home1 / ground up 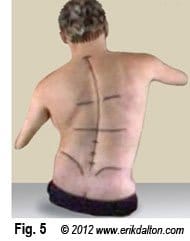 I briefly viewed a hitting instructional video on YouTube the other day that one of my readers sent me (Thanks Joe),

…I won’t share who did the video, so as not to cause any embarrassment.

Like what was being illustrated in the video, I would say a majority of hitting instructors both online and off swear that the swing starts from the ground up.

This IS NOT what the current research shows as validated by human movement science.

Yes, Gravitational and Gravitational Reaction Forces do have their place (and we’ll get to that)…my point is, ALL human movement DOES NOT start from the ground, and work it’s way up the Kinetic Chain.

How fast before “squashing bug with the knee” is a thing? @hitperformlab https://t.co/IOso6gZ4yV

Buahaha! I love that. Slipping front foot, no extension at front knee, and "hammering bug" with back knee. Result? A dinger! A lot of unhappy gravitational force peeps out there 😂 @backspintee

What I have for you above, is a snippet of video about 5-minutes long, explaining where the swing starts as explained by Dr. Serge Gracovetsky, Physicist, Electrical Engineer, and founder of The Spinal Engine

Here are some talking points that Dr. Gracovetsky mentions in the video (please WATCH video at the 2:00 minute mark to about the 7:00 minute mark):

And this is the basis for my The Catapult Loading System book on sale at Amazon.

So does the swing, or any human movement for that matter, start from the ground up?  In other words, are Gravitational Forces a necessity to move the Spinal Engine or merely an enhancement?

In an email conversation I had with Dr. Serge Gracovetsky a few years back, he said this about the relationship between gravity and spine engine mechanics:

“The coupled motion has nothing to do with gravity. It works in space as well. It is a property of the spine or any flexible rod for that matter.  But the interaction with gravity makes interesting results which are exploited by every sport.”

Okay, since we’ve determined human movement DOES NOT start from the ground and go up the Kinetic Chain, I want to share a couple snippets from Dr. Gracovetsky about what role Gravitational Forces do play in dynamic movement…

Here’s a note about the importance of the heel strike in locomotion from Dr. Serge Gracovetsky in his book, The Spinal Engine

This is why it has been demonstrated by Speed Coach Barry Ross that runners who dead-lift heavy weights with a low time under tension, get faster!  They’re able to push into the ground with more force, which in turn, the ground pushes back with equal and opposite force.

Does current research, that’s validated by science, say human movement starts from the ground, and travel up the Kinetic Chain?

The trunk isn’t just a passive structure that is carried by the legs.  Legs are not a necessity to human movement – evidenced by the legless subject in the video – they’re an enhancement.  The Spinal Engine can work in space!  I say the legs and arms amplify the movement of the Spinal Engine.

Do Gravitational Forces play a role in human movement?

Like Dr. Gracovetsky says, “…the interaction with gravity makes interesting results which are exploited by every sport.”

That my friends is a human movement principle that is validated by science.  Not philosophy or theory.  This is why my new book The Catapult Loading System is so powerful to hundreds of coaches and tens of thousands of hitters across the US… (just check the reviews 😉