You are here: Home1 / barrel acceleration

How the Best Hitters Baseball are Using the Catapult Loading System 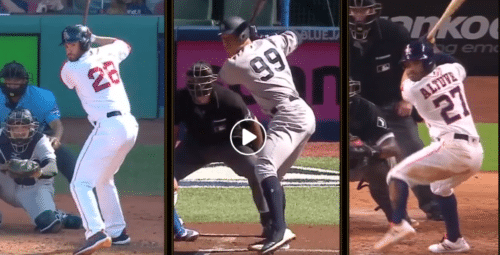 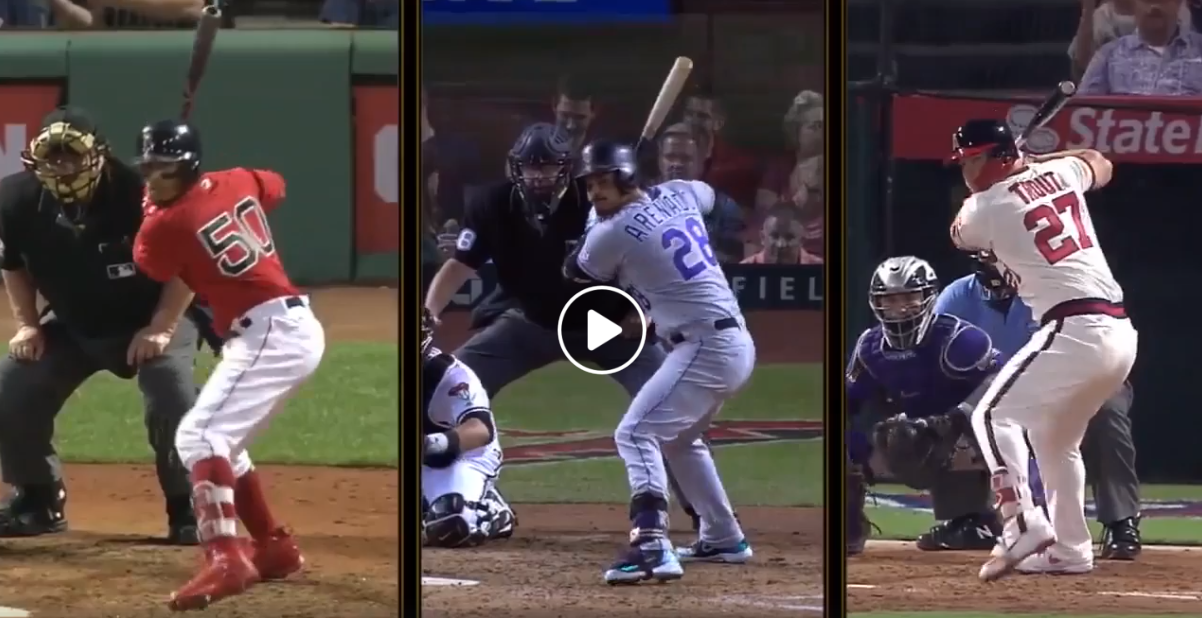 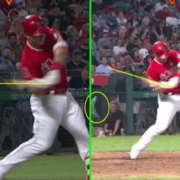 There are a few softball drills “gurus” out there promoting a rearward barrel acceleration, which I agree with.  However, in teaching young hitters the concept over the past few years, with no disregard for pitch depth, some of my most clean hitters – mechanically – were having challenges getting to the inside pitch.  Rearward barrel acceleration is good, but MUST not be a blanket teach for all pitch depths.  The best hitters, like Mike Trout, alter the timing of the barrel’s release off the back shoulder.  Here’s a similar post I went in more depth on this concept with many examples. 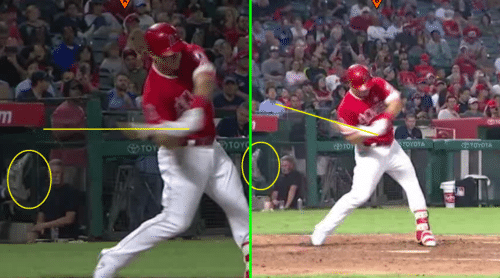 Enter the softball drills content of this video.  Here’s what I tried to do in the above Mike Trout swing case study:

This was A LOT to ask, so truth be told…unfortunately, not all these points are affirmed in this case study.  Let’s compare Mike Trout’s 200th and 201st career homers on September 29, 2017…

I use the system to teach my son and he is 4’11 67 pound 10 year old. Meaning he is super skinny and very tall. He hit one in tryouts yester… END_OF_DOCUMENT_TOKEN_TO_BE_REPLACED

Thank you so much for your help through your book T.C.L.S. I am 13 and weigh around 105 and I finally hit my first home-run! (The field I wa… END_OF_DOCUMENT_TOKEN_TO_BE_REPLACED

“I bought into this two years ago and bought the book. I coach Fastpitch travel softball. From top to bottom of our batting order pitchers h… END_OF_DOCUMENT_TOKEN_TO_BE_REPLACED

“Hi Coach, I’ve bought two copies (CLS book), one for me and one for my grandson’s coach. I also have three of your online programs.  Des… END_OF_DOCUMENT_TOKEN_TO_BE_REPLACED

Screw those coaches. I didn’t believe the time frame of the catapult system. My son at 10 (90 lbs) is highly coach-able. I taught him the sy… END_OF_DOCUMENT_TOKEN_TO_BE_REPLACED

I’ve gotten the oldest 3 “professional” instruction with their swing mechanics and approach with mixed results. Often times, Id have to spen… END_OF_DOCUMENT_TOKEN_TO_BE_REPLACED

Hey bud…Jayden had his best batting practice ever last night.  Hit at least 9 balls around 300-feet or farther.  I’m so happy with his progr… END_OF_DOCUMENT_TOKEN_TO_BE_REPLACED

I read the first edition of The Catapult Loading System a couple years ago. The only reason I did is because I have a Kindle Unlimited membe… END_OF_DOCUMENT_TOKEN_TO_BE_REPLACED