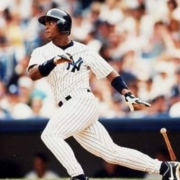 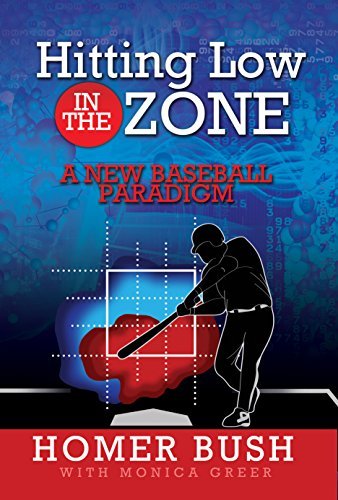 He followed me on Twitter, so I followed him.

What caught my attention was that he had an intriguing book out, which we’ll cover shortly.

The thing that separated him from other ex-MLB guys, I follow on Twitter, was the growth mindset he showed in his book: Hitting Low in the Zone: A New Baseball Paradigm

Typically, Big League players don’t dive into Sabermetrics, as readily as they will in the coming years, so it was refreshing to see Homer Bush taking a hard look at ways hitters can exploit inefficiencies at the Big League level by spotting Metric patterns.

Not only do his strategies work at the elite level, but do at the lower levels as well.

I read his book in a week, and thought he did a great job of showing hard evidence of WHY hitters MUST:

If you aren’t helping your hitters grow, then they’re dying. 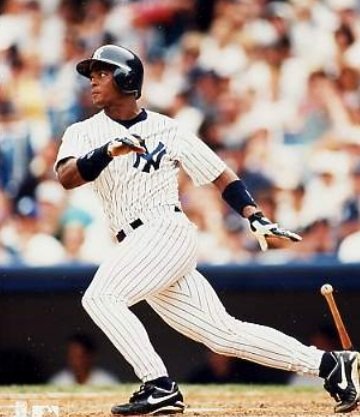 With 4 weeks of training, we’d spend 50% of the time working on proper hitting mechanics–grip & stance, load and swing path.

We’d spend 25% of the time understanding the hitting zone, as opposed to the the strike zone.

And the last 25% of the time, we’d work on your mental approach at the plate as far as focus and building on the positives, so that adjustments can be made from pitch to pitch.

With the additional 4 weeks, we’d just build on these areas with emphasis on repetition.

My major league experience allowed me to see hitting at its highest level on a daily basis. When reflecting back, it is clear that all of the elite players that I played with or against were good low ball hitters.

Some of my influences were… Tony Gwynn, Tim Raines, Derek Jeter, Bernie Williams, Chili Davis, Darryl Strawberry, too many to name them all.

I find that there are several myths…

Who is good at hitting despite being poorly built for it? Who’s good at this who shouldn’t be?

Yadier Molina, average height, wide body and not very fast (not your idea baseball player build) but very productive at the plate.

Who are the most controversial or unorthodox hitters? Why? What do you think of them?

One of the most unorthodox hitters was my former teammate, Tony Batista— unusual, open batting stance but very effective with good power.

Who are the most impressive lesser-known teachers?

Have you trained others to do this? Have they replicated your results?

Yes, when I was coaching in the minors with the Padres, my players improved in every offensive category (runs, hits, team batting average, on-base percentage, doubles, home runs) in just one season of me working with them. I’ve also taught my own hitting clients, youth, high school and college players how to execute my hitting philosophy for immediate and consistent success at the plate.

Thank you Homer Bush for sharing such great insight.

His strategy works for softball, just as much as baseball. And believe me, defensive shifts are on their way to the lower levels… (if you haven’t seen them already)

Especially once the metrics get easier to collect and manage with a score-book software, such as Game Changer.

Pitchers are consistently taught to keep the ball down in the zone? (I bet you already knew that),

BUT, did you know…

The Oakland Athletics recently recruited hitters with swing paths that were optimal for balls down in the zone!!!?

What do pitchers do then, when hitters begin to elevate the low pitch?! lol

Remember guys and gals, knowledge IS NOT power…it’s POTENTIAL power.  Please put Homer’s study and research to use.

Here’s how you can stay updated with Homer Bush:

Please direct any questions or comments to Homer Bush below… 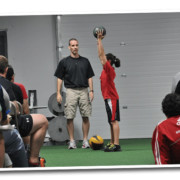 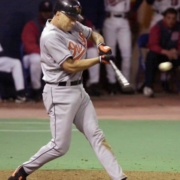 Matt Nokes VIDEO: Why Rotating Back Hip Through Zone IS NOT Necessary For Power 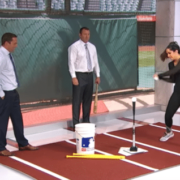 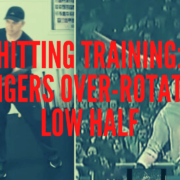 Joey Votto: Why Coaches SHOULD NOT Be Obsessed With Launch Angles
9 replies

I’ve gotten the oldest 3 “professional” instruction with their swing mechanics and approach with mixed results. Often times, Id have to spen… END_OF_DOCUMENT_TOKEN_TO_BE_REPLACED

I read your book the other day. I have only been using some of your Facebook posts to help my daughter with her swing, without understanding… END_OF_DOCUMENT_TOKEN_TO_BE_REPLACED

“I bought into this two years ago and bought the book. I coach Fastpitch travel softball. From top to bottom of our batting order pitchers h… END_OF_DOCUMENT_TOKEN_TO_BE_REPLACED

I purchased this book last winter not only to teach myself but also my 5 year old son. I also purchased a Zepp’s Swing Tracker at the same t… END_OF_DOCUMENT_TOKEN_TO_BE_REPLACED

I use the system to teach my son and he is 4’11 67 pound 10 year old. Meaning he is super skinny and very tall. He hit one in tryouts yester… END_OF_DOCUMENT_TOKEN_TO_BE_REPLACED

Actually works and teaches the coach on how to teach hitting to younger kids. Ever get frustrated while explaining hitting to a little leagu… END_OF_DOCUMENT_TOKEN_TO_BE_REPLACED

Let me just say thank you. This book explains things that seemed unexplainable in the past. You just had to get it. Great stuff. I was a big… END_OF_DOCUMENT_TOKEN_TO_BE_REPLACED

I read the first edition of The Catapult Loading System a couple years ago. The only reason I did is because I have a Kindle Unlimited membe… END_OF_DOCUMENT_TOKEN_TO_BE_REPLACED

Wow, I didn’t realize how researched this material actually was. I’m blown away how these simple movement patterns have been researched. I j… END_OF_DOCUMENT_TOKEN_TO_BE_REPLACED

Matt Nokes VIDEO: Why Rotating Back Hip Through Zone IS NOT Necessary For P...
Scroll to top