Archive for category: Get On-Time

Grab This FREE 'Timing Master Class' Video
Struggling to get your hitters ON-TIME in games? Discover HOW TO build effective laser-focused timing, so your hitters can be ON-TIME more often. These principles are validated by REAL science. Click the button below to access the FREE video that has been downloaded over 6K times!
Click here to 'Get Instant Access'
6 Comments/by Joey Myers
https://hittingperformancelab.com/wp-content/uploads/2014/05/ryan-braun-part-4-video-why-sitting-back-is-devastating-hitting-performance-lab.jpg 360 480 Joey Myers https://hittingperformancelab.com/wp-content/uploads/2021/10/hitting-performance-labs_c90c0362088ef1d3d528f3078f4f8ac1-300x75.png Joey Myers2014-04-12 04:35:302021-05-25 06:24:57Ryan Braun: Common Mistakes Hitters Make #1 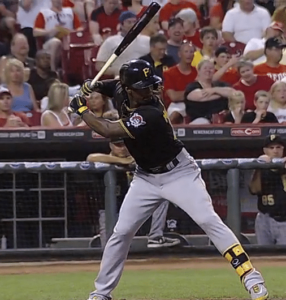 Grab This FREE 'Timing Master Class' Video
Struggling to get your hitters ON-TIME in games? Discover HOW TO build effective laser-focused timing, so your hitters can be ON-TIME more often. These principles are validated by REAL science. Click the button below to access the FREE video that has been downloaded over 6K times!
Click here to 'Get Instant Access'
5 Comments/by Joey Myers
https://hittingperformancelab.com/wp-content/uploads/2014/09/andrew-mccutchen-un-weighting-principal2.png 530 506 Joey Myers https://hittingperformancelab.com/wp-content/uploads/2021/10/hitting-performance-labs_c90c0362088ef1d3d528f3078f4f8ac1-300x75.png Joey Myers2014-02-20 23:40:152018-11-17 05:58:43Andrew McCutchen Video: Do This For Longer Drives

Someone did a video analyzing The Babe’s swing (not up anymore), and what’s amazing is his nearly three-foot long bat almost matches his just under three-in-a-half foot stride length.  Also important to note is Babe Ruth’s head moved two-and-a-quarter feet forward before his front heel hit the ground.  CLICK HERE to see game footage.

What do you think The Babe would say to those today who shout, “NO head movement!”?  When we look at the science and its application, we know this statement doesn’t make sense.

Here’s one of my college hitters, and his BEFORE (left) & AFTER (right) Forward Momentum:

Grab This FREE 'Timing Master Class' Video
Struggling to get your hitters ON-TIME in games? Discover HOW TO build effective laser-focused timing, so your hitters can be ON-TIME more often. These principles are validated by REAL science. Click the button below to access the FREE video that has been downloaded over 6K times!
Click here to 'Get Instant Access'
2 Comments/by Joey Myers
https://hittingperformancelab.com/wp-content/uploads/2013/12/baseball-hitting-video-easy-distance-part-2-hitting-performance-lab.jpg 360 480 Joey Myers https://hittingperformancelab.com/wp-content/uploads/2021/10/hitting-performance-labs_c90c0362088ef1d3d528f3078f4f8ac1-300x75.png Joey Myers2013-12-22 23:55:302019-01-21 05:30:10Baseball Hitting Video Easy Distance PART 2

It’s amazing what happens when you add a little momentum.  Muscles don’t have to work as hard, and the body moves effortlessly through space.  We get a “head start” using our body’s weight more than we realize…to get up from the floor, the couch or chair, or to step up into the bed of a truck.  Why should hitting be any different…heck, just about every good player uses momentum in some way.  I hope you enjoy Baseball Hitting Video Gain Distance PART-One.

MLB Small-Boppers Who Use Forward Momentum…

Look at how much Forward Momentum is gained before breaking the world record. Video courtesty of YouTuber MCTnF

CLICK HERE for Baseball Hitting Video PART-2, where we go over how to apply what we learned in this video.

Grab This FREE 'Timing Master Class' Video
Struggling to get your hitters ON-TIME in games? Discover HOW TO build effective laser-focused timing, so your hitters can be ON-TIME more often. These principles are validated by REAL science. Click the button below to access the FREE video that has been downloaded over 6K times!
Click here to 'Get Instant Access'
8 Comments/by Joey Myers
https://hittingperformancelab.com/wp-content/uploads/2013/12/baseball-hitting-video-gain-distance-part-1-hitting-performance-lab.jpg 360 480 Joey Myers https://hittingperformancelab.com/wp-content/uploads/2021/10/hitting-performance-labs_c90c0362088ef1d3d528f3078f4f8ac1-300x75.png Joey Myers2013-12-19 23:55:582019-01-25 06:03:01Baseball Hitting Video Gain Distance PART 1 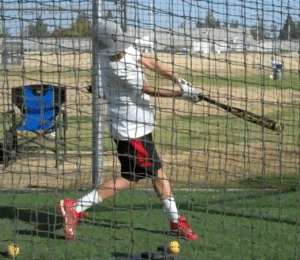 Grab This FREE 'Timing Master Class' Video
Struggling to get your hitters ON-TIME in games? Discover HOW TO build effective laser-focused timing, so your hitters can be ON-TIME more often. These principles are validated by REAL science. Click the button below to access the FREE video that has been downloaded over 6K times!
Click here to 'Get Instant Access'
1 Comment/by Joey Myers
https://hittingperformancelab.com/wp-content/uploads/2013/11/baseball-hitting-drill-1-way-to-consistent-power-hitting-performance-lab.jpg 360 480 Joey Myers https://hittingperformancelab.com/wp-content/uploads/2021/10/hitting-performance-labs_c90c0362088ef1d3d528f3078f4f8ac1-300x75.png Joey Myers2013-11-22 23:55:482018-10-08 04:36:05Baseball Hitting Drill Video: Effortless Power

Wow, I didn’t realize how researched this material actually was. I’m blown away how these simple movement patterns have been researched. I j… END_OF_DOCUMENT_TOKEN_TO_BE_REPLACED

I purchased this book last winter not only to teach myself but also my 5 year old son. I also purchased a Zepp’s Swing Tracker at the same t… END_OF_DOCUMENT_TOKEN_TO_BE_REPLACED

I read your book the other day. I have only been using some of your Facebook posts to help my daughter with her swing, without understanding… END_OF_DOCUMENT_TOKEN_TO_BE_REPLACED

Screw those coaches. I didn’t believe the time frame of the catapult system. My son at 10 (90 lbs) is highly coach-able. I taught him the sy… END_OF_DOCUMENT_TOKEN_TO_BE_REPLACED

Let me just say thank you. This book explains things that seemed unexplainable in the past. You just had to get it. Great stuff. I was a big… END_OF_DOCUMENT_TOKEN_TO_BE_REPLACED

Thank you Coach! Your stuff is great! My son got his first home run 2 weeks after reading your book. Keeps getting more and more distance no… END_OF_DOCUMENT_TOKEN_TO_BE_REPLACED

Actually works and teaches the coach on how to teach hitting to younger kids. Ever get frustrated while explaining hitting to a little leagu… END_OF_DOCUMENT_TOKEN_TO_BE_REPLACED

I am a Physical Therapist your stuff in body movements is awesome. I went to some FMS courses and Gray Cook spoke highly of you.  Your appr… END_OF_DOCUMENT_TOKEN_TO_BE_REPLACED

“I bought into this two years ago and bought the book. I coach Fastpitch travel softball. From top to bottom of our batting order pitchers h… END_OF_DOCUMENT_TOKEN_TO_BE_REPLACED